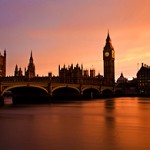 The number of legislative changes last year fell to its lowest in almost a decade, according to figures published yesterday by Sweet & Maxwell.

Data highlighted that 99% of the new laws were passed as statutory instruments, without being subjected to full parliamentary scrutiny.

The figures, using S&M’s online service Westlaw, showed that the number of changes to existing legislation caused by new laws fell 16% to 25,708 amendments in 2011, compared with 30,614 the previous year. The highest number of amendments in the past 10 years was in 2005, when 34,681 changes were made.

The data also revealed that the number of new laws, including both acts of parliament and statutory instruments, made in 2011 fell by 8% to 1,727 from 1,872 in 2010. The figure excludes minor road and motorway legislation.

S&M suggests that the figures indicate a ‘slackening’ in the pace of new legislative change, which it says is noteworthy because of the long-term trend to increase legislation.

It says that some of the major pieces of legislation introduced over the last year, such as the Pensions Act, Public Bodies Act and the Localism Act, were connected to the government’s austerity plan aimed at reducing the deficit.

Other significant laws introduced in 2011, included The Energy Act, European Union Act and the Charities Act.